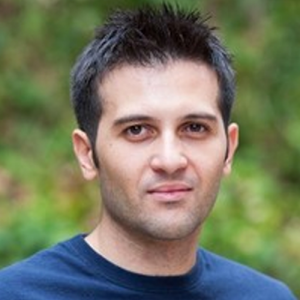 The determination of undrained shear strength of soil is a key point during the design process in civil engineering. The most reliable and traditional method of determining this parameter is to perform Triaxial testing: this implies the use of triaxial equipment necessitating significant investment, laboratory space and longer testing time.

However, there are times when such parameter must be obtained in a rush, for example when testing offshore.

This begs an important question: is there an alternative out there?

Fortunately, the answer is Yes! It’s called a Laboratory Vane Apparatus, especially designed for the direct and rapid measurement of the undrained shear strength of soil.

Laboratory Vane Apparatus was originally created from an original design by the UK Transport Research Laboratory. It measures the undrained shear strength of cohesive soils and is particularly useful for soils with low shear strength, both in undisturbed and remolded condition. However, bear in mind that such Vane apparatus is not recommended for sandy, silty clay soils and fissured clay as the nature and composition of these type of soils produce specific failure surfaces that underestimate the undrained shear strength, causing  unreliable results.

Let’s see how this apparatus works

The vane is held in a rotating socket situated in the lower part of the vane head assembly. This socket rotates in a ball seating. A calibrated spring allows the measurement of the applied torque. The vane head is provided with two different graduated scales: the inner scale gives the applied torque (T) whilst the outer scale gives the vane rotation.

If the vane is prevented from rotating, the inner circular graduated scale rotates through the same angle as the upper end of the spring, and a torque (T) is applied to the spring.

If the vane is permitted to rotate, the amount of deflection of the vane can be seen on the outer fixed scale.

According to the expected soil strength, different type of calibration springs and vanes should be used: generally, the lower the soil strength the larger should be the vanes. 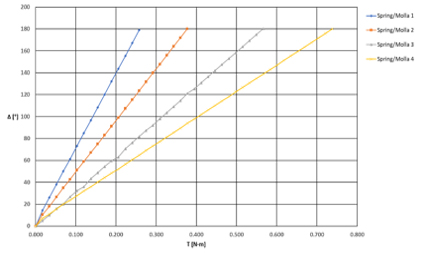 What happens at the end of the test?

At the end of the test, the Undrained Shear strength is calculated from the equation:

T = Torque to shear the soil in Newton per Meters.

K = Constant depending on dimensions and shape of the vane.

In summary, here are the main advantages of Vane Shear Test

Quick and economical: it only takes a few minutes to obtain undrained shear strength on undisturbed and remoulded soil clay sample.

Versatile: it is suitable for test soil in molds, sample containers, sample jars and also in sampling tubes.

Safety-conscious: Soil Sensitivity, an important parameter that estimates the loss of strength and structure in the soil body under the effect of static or seismic loading, can be determined using vane shear test results from undisturbed and remoulded soil samples.

Reliable: results are comparable with those coming from unconfined compression tests.

Discover Wykeham Farrance's Laboratory Vane Apparatus for undrained strength of soils, both in undisturbed and remoulded conditions.
Explore Online
< Previous post
All posts
Next post >
Other Articles of Interest
Soil Mechanics
10 Reasons why your lab should adopt automatic Triaxial testing
This article will look at the origins of triaxial testing systems and briefly outline the flaws associated with manual triaxial systems...leading to the 10 reasons why you should consider new the automatic way.
MORE INFORMATION >
Soil Mechanics
Did you know that Gmax value can be evaluated using Static Triaxial?
One of the important roles of a Geotechnical engineer is to predict soil behavior and soil structure interaction resulting from earthquakes, explosions or machine & traffic vibrations in order to improve the safety of built infrastructure.
MORE INFORMATION >
Client access
Did you forget your password?
Not a member yet? Register now
Register
Client registration
Already a member? Login now
Login
Password reset
An email will be sent to the address associated.
back