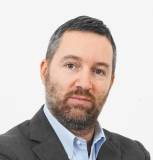 Checking Bitumen quality means putting it through several tests to determine its grade, consistency, viscosity, temperature sensitivity, and safety. The characteristics of bituminous materials can be evaluated using a variety of tests.

The following tests are typically carried out to assess various bituminous material properties.

Penetration test is probably the most popular traditional test on binders, since used to classify bitumen by measuring the depth in tenths of a millimetre to which a standard loaded needle will penetrate vertically in 5 seconds Penetration tests are used to determine how hard or soft bitumen is.

The 100g needle assembly and a mechanism for unlocking and locking the needle assembly in any position make up the penetrometer. The bitumen is heated to a pouring consistency, thoroughly stirred, and then poured into containers at a depth that is at least 15 mm in excess of the expected penetration.

The test must be carried out at the designated temperature of 25°C with very strict tolerance. It should be noted that any errors in pouring temperature, needle size, weight on the needle, and test temperature have a significant impact on penetration value. In hot climates, a lower penetration grade is preferred.

Discover how we can help with Penetration Test.

The ability of bitumen to undergo significant deformation or elongation is known as ductility. It can also be defined as the distance in cm to which a standard sample or briquette of the material can be stretched without breaking.

The ductility testers were originally designed to evaluate the ductility of neat binders. The cross-section of the briquette thus formed is exactly 1 cm square. The bitumen sample is heated and poured into the mould assembly placed on a plate. These mouldy samples are cooled in the air and then in a 27°C water bath and a hot knife is used to level the surface and cut the extra material.

Discover how we can help with Ductility Test. 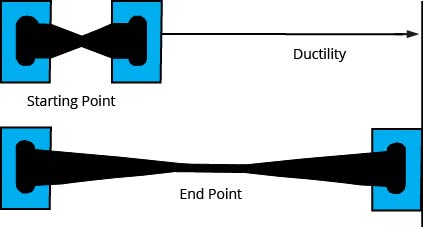 Softening point denotes the temperature at which the bitumen attains a particular degree of softening under the specified condition of the test. The test is conducted by using Ring and Ball apparatus.

A brass ring containing test sample of bitumen is suspended in liquid like water or glycerine at a given temperature. A steel ball is placed upon the bitumen sample and the liquid medium is heated at a rate of 50C per minute. Temperature is noted when the softened bitumen touches the metal plate which is at a specified distance below.

The term "softening point" refers to the temperature at which the bitumen softens to a specific degree under the given test conditions. At a specific temperature, a brass ring containing a bitumen test sample is suspended in a liquid, such as water or glycerine.

The liquid medium is heated at a rate of 5°C per minute while a steel ball is placed on top of the bitumen sample. When the softened bitumen touches the metal plate that is located below at a specific distance, the temperature is recorded. Generally, a higher softening point indicates lower temperature susceptibility and is preferred in hot climates.

Discover how we can help with Softening point Test. 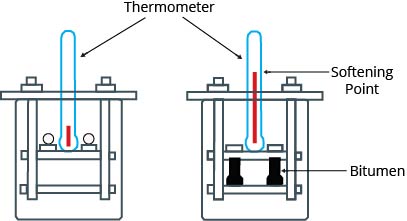 The liquid quality of bituminous material is known as viscosity, and it serves as a gauge of flow resistance.

This characteristic does have a substantial effect on the strength of the resulting pavement mixes at the application temperature. Lower stability values have been noted when mixing or compacting materials with low or high viscosities.

Low stability values are caused by the high viscosity, which resists compactive effort and results in a heterogeneous mix. Additionally, at low viscosity, it will lubricate the aggregate particle surfaces rather than forming a uniform film over the aggregates. Different type of viscometers are available, but to deduce the viscosity of liquid binders like cutbacks and emulsions, orifice type viscometers are utilised.

Under standard test conditions and a predetermined temperature, the time it takes for 50 ml of bitumen material to pass through a cup's orifice is the viscosity, that is expressed in seconds.

Discover how we can help with Viscosity Test. 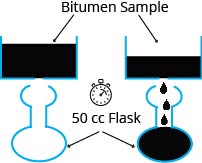 The flash point is the lowest temperature at which a flame causes the vapours from a material to catch fire, as a flash, under specific test conditions. These volatiles ignite, which is extremely dangerous, so it is crucial to specify this temperature for each bitumen grade

Discover how we can help with Flash Point Test.

Normally the consistency of bituminous material can be measured either by penetration test or viscosity test. But for a certain range of consistencies, these tests are not applicable and the Float test is used.

The apparatus consists of an aluminium oat and a brass collar filled with bitumen to be tested. The specimen in the mould is cooled to a temperature of 50C and screwed into an oat. The total test assembly is floated in the water bath at 500C and the time required for water to pass its way through the specimen plug is noted in seconds and is expressed as the oat value. Distillation Tests are critical to identify the presence of volatile constituents and the amount of non-volatile residues in bitumen.

Discover how we can hel with Density and Distillation Test.

< Previous post
All posts
Next post >
Other Articles of Interest
Advanced Pavements
Gyratory compactor, a Swiss Army knife in an asphalt pavement laboratory
Since the completion of the SuperPave™ program, the popularity of gyratory compactors has never ceased to grow. Why? Because it’s a smart tool, and with lots of features.
MORE INFORMATION >
Advanced Pavements
Asphalt Mix Testing Fundamentals
This article will explore the fundamental aspects of performance asphalt mix testing. We will explain why asphalt mix testing is necessary, how it came about, and what options are available for different testing needs.
MORE INFORMATION >
Client access
Did you forget your password?
Not a member yet? Register now
Register
Client registration
Already a member? Login now
Login
Password reset
An email will be sent to the address associated.
back